News
Women in the spotlight, we have a lot to talk about
Santillana España has launched the Mujeres Protagonistas project which offers a comprehensive, real vision of the space occupied by women in knowledge development in the past and at the current time
Madrid

When did the first women's demonstration on record take place?

In 195 BC in Rome. It involved several wealthy women who were banned, unlike the men, from publicly displaying their wealth.

Who was considered to be the first female doctor and gynaecologist?

Agnodice (Athens, in the 4th century BC), who managed to change the law, thereby enabling legal access by women to the study and practice of medicine, even if only to treat women.

What is the Bechdel test? This is a method used to assess if a book, comic, film or TV series has managed to avoid inequality in representing men and women.

Did you know that Hollywood actress Hedy Lamarr was an engineer and invented an encryption technique that was a precursor of WiFi?

Did you know that Frankenstein, the novel by Mary Shelley, was published anonymously to avoid revealing her name? Or that Rosalind Franklin was the forgotten scientist? 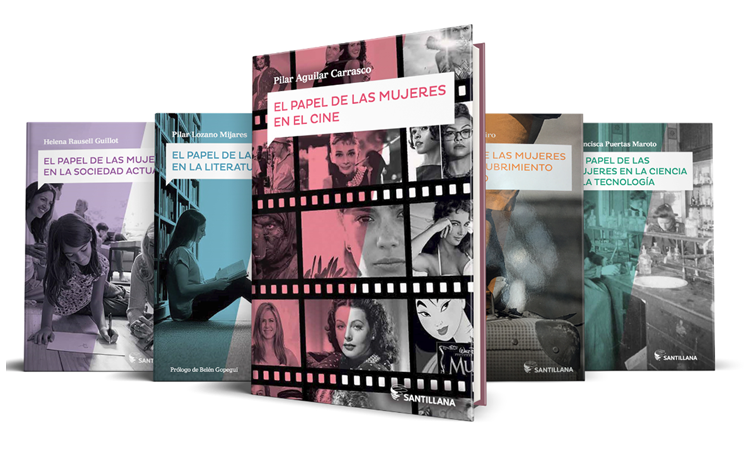 We – both women and men – have built and are building our reality, our world, universal knowledge. However, for centuries we have only had the story of what men have done, told by men themselves. A new social awareness is demanding a narration of what women have done, when, how and what it has served for. The story has yet to be told of the achievements, the successes and the victories of women. SANTILLANA presents Mujeres protagonistas, (Women Protagonists), a publishing project with one clear aim: to document, raise visibility for, reclaim and emphasise the contributions made by women to the history of knowledge and social construction.